Nuisance squirrels in an attic present the same problems as mice but just on a larger scale as they can gnaw faster resulting in greater damage. The damage these nuisance animals create in an attic is usually never covered by homeowners insurance given that they are a rodent. Squirrel damage in an attic ranges from gnawed wires to trampling and urination on insulation or exterior holes that allow water to enter creating water damage and mold issues along with other unwanted guest from bugs to bats to enter. Our professional humane squirrel removal company in Indian Creek gets to the bottom of pest squirrel problems and stop them with numerous effective squirrel trapping set ups without needing extermination. We offer all services after successful squirrel removal ranging from squirrel odor removal and nesting removal to squirrel exclusion and damage repairs with squirrel proof steel. Squirrels can be a real pain especially when they have 2 litters of young per year. If you are having issues with nuisance squirrels in your attic don’t hesitate to call us for a consultation. We offer squirrel control packages as well for large colonies.

We remove skunks in Indian Creek frequently but can honestly say we love skunks, they are cute, docile animals when dealt with correctly are surprisingly very smart with a reputation for being smarter and a better pet then a house cat. If it were legal in Illinois we might even have a few…however we would never want one living under our deck or stoop so we know just how you feel when you want to get rid of a pest skunk on your property. Believe it or not we have had several clients call the gas company or fire department before calling us for skunk trapping services because they thought the sulfur in the skunk essence was a gas leak. The sulfur in skunk spray is what temporarily blinds animals threatening the skunks life. We offer professional skunk odor removal for skunk spray that is just unbearable which is usually best done after skunk trapping is performed. There is a special process for skunk control that always starts with humane skunk trapping because nothing can be done effectively with a live skunk spraying. Unfortunately we do encounter dead skunks from poisoning or natural causes usually disease. When we have a dead skunk under a deck of concrete stoop we try and remove it as soon as possible as the smell will last for periods of 6+ months very strongly. This is best accomplished by digging till the carcass can be found and removed, a very long process. If you’re looking for professional skunk control to eradicate nuisance animals by humane trapping give us a call today for a phone consultation for skunk removal or skunk odor removal.

Nuisance raccoons in an attic present two huge issues. Attic insulation damage causing a big rise in heating & cooling bills and the parasite ridden feces filled with raccoon roundworm eggs. Raccoons establish community latrines sites where they repeatedly deposit fresh feces. Raccoon feces can carry millions of roundworm eggs that lay dormant for years and can infect domestic cats and dogs, so raccoon removal is very important Raccoons are powerful animals and to be quite honest, almost every home is at risk of raccoons entering the attic because of their agility and power. Nuisance raccoons chew through roof shingles and wood, boar through soffits, tear down siding and fascia boards and pop open attic fans & vents to get inside an attic. Our raccoon removal company in Indian Creek, IL tackles all types of pest raccoon control situations with various types of traps and raccoon exclusion, custom fabricated out of steel to insure once we get rid of raccoons they are gone for good. If you have a raccoon that has broken into your attic you are in luck about one thing, homeowners insurance usually covers the damage they do and takes care of the damaged insulation ruined by the raccoons walking and trampling around. Attic re-insulation due to raccoon damage is best done once the problem raccoons are removed and the raccoon entry points are sealed up professionally. We guarantee all of our raccoon proofing for quality of materials and workmanship. If you have a raccoon in your attic that you need to get rid of, call us today. We will send out a technician to get your humane raccoon trapping process started as well as an agent to estimate damage and work directly with your homeowners insurance on attic restoration.

Working As a Wildlife Control Technician 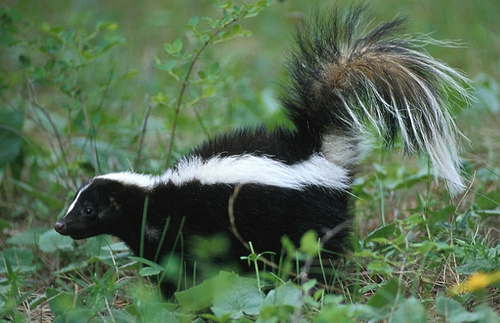 Raccoons can be really fun animals to watch, but getting rid of them is a hard thing to accomplish. Raccoons are active at night and can be very persistent when it comes to getting what they want. They are usually frequent visitors of back porches and garages where trash cans, dog or cat foods are kept outside.

Raccoons can cause a lot of damages in properties when they find their way inside.

They can also become quite problematic when they invade your garden and people who have sweet corn reaching the milk stage while ripening often risk attracting them. Many problems caused by raccoons can be cured with common sense though.

In certain areas raccoon overpopulation can be a major problem and require permanent solutions quickly.

People should be careful if the animal looks lethargic or overly aggressive. Raccoons have been identified as the major host of rabies in the United States. Raccoons can also endanger the health of your family. So are especially kids drawn to touch the animals and can, when bitten, be affected severely by infections or even rabies.

All raccoons should be handled with caution and by a specialist. That's why I recommend people to hire a wildlife removal company to take care of their problems instead of trying to do it by themself. 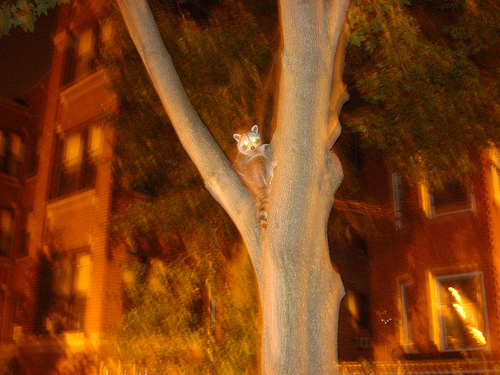 3 Types of Plants That Repel Raccoons

To successfully handle skunks you had better know a bit about a skunk. Professionally I know skunk control the easy, safe and odor free way. The scientific Mephitis mephitis is referred to they're potent weapon of vindication. The Latin term mephitis implies a noxious or pestilential exhalation of the soil.

The Stripped Skunks identifiable pattern comprises of black with a white spot upon its head and two white broad lines down the spine. They weigh two to ten lbs The skunks roam from Canada to Mexico, and inhabit forests, field edges, woods, streams, swamplands, and suburban areas. Skunks normally are nocturnal, and will retreat in the long winter months. Skunks will appear from their dens in the winter months especially during reproduction time of year. Skunk mating season occurs between Feb and Mar with their offspring being delivered about 62 to 66 days later. Skunks will spray during the mating time of year; this is why in the middle February skunk aroma exists in the air. The standard litter comprises four to six, and at six weeks of age, young skunks start out making brief trips out with their mother while she ventures out to feed. Skunks are real omnivores they will devour nearly anything they can go into their mouth, from refuse to deceased animals, rodents to grubs.

Covered live trapping is the most effective way on skunk problems. Incorrectly performed skunk control could be a very smelly mistake. Also skunks may carry the disease rabies and should be handled with care. Make sure you are familiar with your local and state laws before proceeding with skunk removal.